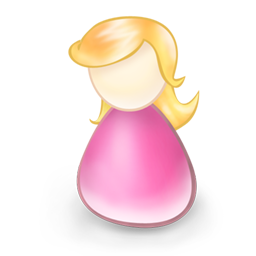 We have just proposed to her an excellent contract very very difficult to refuse ! We will have her answer at the end of the month. To lose at the same time the actors who play Eden and Cruz would be terrible, but to lose only one is worse. Cruz and Eden incarnate the ideal couple. The one we all dream about, by acknowledging it or not. Their happiness "at home" with the children, family makes dream, even the more blasé ones. They must absolutely not be separated, because of a "third man" as that was the case with Robert Barr, the first love of Eden who suddenly re-appears.

You thus arrived in Santa Barbara at a crucial moment that the French televiewers are not close to see, because of the interval.

I found myself in full love drama ! Marcy was vacillating between her always tender feelings for Cruz, her husband, and for Robert Barr (played by Roscoe Born), the first she had loved. I hastened me to join them together again. It is impossible that Cruz and Eden betray the one and the other. We are responsible for their fidelity in front of the televiewers. (Вот, кто виноват, что пару Иден-Роберт разбили

Eden, a revolver in the hand, is it also unacceptable ?

If I want to reach a record of audience, I put a revolver in the hands of Marcy and I make her kill somebody that she believes being a burglar, but who turns to be Cruz. That day all the American population will be in front of its television. The following day nobody will watch it any more. I will have lost everything... (Ну и, видимо, Иден, стреляющая в Роберта - тоже его (Джона Конбоя) идея